Change attitudes and improve the environment

Change attitudes and improve the environment

The Mangaone West region is typical of many farming districts where remaining indigenous cover is very limited and the balance is in productive farmland.
Into this area a few years ago stepped Ducks Unlimited member Ossie Latham, and his conscious was pricked by the degradation he saw in the waterways near his home.
Growing up on the banks of the Oroua River downstream from Feilding, part of a third generation on both maternal and paternal sides of his family he remembers: “During that time the Oroua had gone from a pristine small river where kids could swim in deep holes, dive off the road bridge, catch eel, trout and flounder, to a gravel choked conduit for industrial, town and farm waste. A dead waterway, the greatest degradation happened in my time as a kid,” said Ossie.
Then came concern for the Manawatu River and its’ tributaries of which the Oroua is one. The Manawatu River Accord was set up and out of that spun the Oroua Catchment Care Group. Ossie attended their meetings and the Oroua Group decided the best way to tackle the problems was to think catchment wide
but act local to address whatever issues may be in any given area. The Mangaone West stream where Ossie and wife Mary live is a tributary of the Oroua. Ossie volunteered to be champion for that area.
As a local champion his job was to gage the support of residents for a collective effort to address issues of farming and lifestyle practises that degrade the environment.
“Once sufficient interest was identified, we called a community meeting and established the Mangaone West Landcare Group.
Knowing that what we do on our land eventually affects water quality in our area
and downstream, we chose to take a holistic view of our catchment and deal with our habitat as a whole, be it farming practises or lifestyle choices.”
Ossie said it was fortunate that some residents in the lower catchment had come together 15 years ago and as a group had investigated and in many cases implemented, more sustainable farming practises.
This group ran out of puff after four years but two of the group’s successes were a widespread possum control programme that is still going today, and the other was recognising the detrimental effect of pugging by wintering mature cattle on wet soils.
Neil Managh, coordinator of the original group gave his support to Ossie who
then called on the leading farmers in the area, the local school principal, known
environmentalists, friends and acquaintances and got their commitment to the scheme.
“We organised a community wide pamphlet drop calling a public meeting and away we went,” Ossie said.
Is this something DU members should get involved with? Ossie said: “Given that
whatever we do to our landscape sooner or later affects our wetlands and waterways, I think it is worth DU members thinking about what happens upstream from their favourite dam, wetland or waterway.
“The primary benefits are thinking of being more sustainable in what we do for the benefit of the habitat as a whole. This includes the best way to keep our soils in situ, the nutrients on the property and a flourishing diversity of which we are part.”
Although initial funding came from the Government through the Ministry for the
Environment to the Regional Council to the group; they also applied to Trusts with an interest in what they are doing and they asked Landcare to come on board to provide the governance and institutional expertise.
About 60 percent of landowners are part of the group. All major farmers bar two are committed and interest is growing. There is a diversity of views on what best practise is and just what is sustainable but Ossie said they cope with this by agreeing that “Sustainability is the ability of the current generation to meet its needs, without compromising the ability of future generations to meet theirs.”
“I’m not sure where I got the quote from but it gained widespread acceptance to what we are on about.
“We recognise it’s taken over 100 years to get where we are now, so we expect our work to improve our chosen living spaces to be intergenerational. While the stream is our common bond, we love our landscape which the stream and we are part off.”
(Afterthought)
“After doing the question and answer bit for you I got to thinking, what is the key for many of the settler families who are part of our group? Many of them are 3rd and 4th generation; they have a strong sense of stewardship, a concept that is evolving as our knowledge of interdependence grows. It’s good to be part of their efforts.”
Published in Issue 159
Tagged under
Read more...
Monday, 19 March 2018 06:50 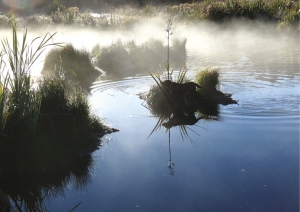 Call to bring back lead shot for duck shooting

On the eve of the duck shooting season New Zealand First repeated its call for the restoration of lead shot.
“Many shooters say the steel shot does not always kill and birds may die over hours or days,” said spokesperson on Outdoor Recreation Richard Prosser.
“Some shooters are using smaller gauge shotguns so they can use the lead shot to kill instantly. Others are having to cope with steel  shot, and taking care to aim appropriately to try for a ‘clean kill’, but they want a return to lead shot.
“It’s high time the government listened to shooters, took all aspects of animal welfare seriously and ensured lead shot was made available for the commonly used 12 gauge shot gun”.
Authorised by Richard Prosser,
Government Buildings, Wellington.
Published in Issue 164
Tagged under
Read more...
Friday, 23 February 2018 07:03

Held at the Ridges Hotel in Wellington, the Award recognises conservation efforts to improve water quality before it enters lakes and waterways.

Kaiwaiwai Dairies received the award for the construction of a  serpentine waterway on their farm to slow the passage of the water down, thereby allowing more time for nature to extract nutrients from the water.

DUNZ was recognised for the effort we have put into Wairio (Southern Wairarapa) for not only the creation of water fowl habitat but for also slowing down the water so when it enters Lake Wairarapa it has a greatly reduced nutrient loading.

Our thanks go to all the organisations that have contributed time and money over the last 10 years.

The family of Joanne and Gareth Morgan of Wellington established this charitable trust primarily for the purpose of reducing wealth disparities between people. In particular the focus of the Foundation is on improving the lives of the poorest folk in the world and enabling people to participate in their society and workplaces to the full extent of their potential. The Foundation work extends in New Zealand to public interest research and education as well as to investment in conservation and natural environmental enhancement.

The trustees are Joanne, Gareth and independent Charles Purcell. The advisory board for the trust comprises the Morgan’s four children –  Ruby, Floyd, Jessi and Sam. The Manager of the Trust is Margaret Mather, whose responsibilities include liaising with applicants for funding, administering the grants programme, and ensuring the Foundation participates in philanthropic community activities to the extent the trustee’s desire. The trust has no religious orientation although willingly finances religious-based organisations doing work that satisfies their criteria.

Why Wetlands are Important 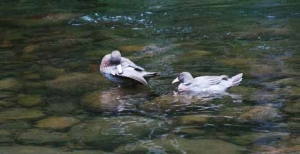 Wetlands are important features in the landscape that provide numerous beneficial services for people & for fish and wildlife. Some of these services, or functions, include protecting & improving water quality, providing fish & wildlife habitats, storing floodwaters and maintaining surface water flow during dry periods.
These valuable functions are the result of the unique natural characteristics of wetlands. To access more information about wetlands, please visit the Wetland Factsheet Series. At www.doc.govt.nz

Wetlands are among the most productive ecosystems in the world, comparable to rain forests and coral reefs. An immense variety of species of microbes, plants, insects, amphibians, reptiles, birds, fish and mammals can be part of a wetland ecosystem. Climate, landscape shape (topology), geology and the movement and abundance of water help to determine the plants and animals that inhabit each wetland. The complex, dynamic relationships among the organisms inhabiting the wetland environment are called food webs. This is why wetlands in Texas, North Carolina and Alaska differ from one another.
Wetlands can be thought of as “biological supermarkets.” They provide great volumes of food that attract many animal species. These animals use wetlands for part of or all of their life-cycle. Dead plant leaves and stems break down in the water to form small particles of organic material called “detritus.” This enriched material feeds many small aquatic insects, shellfish and small fish that are food for larger predatory fish, reptiles, amphibians, birds and mammals.
The functions of a wetland and the values of these functions to humans depend on a complex set of relationships between the wetland and the other ecosystems in the watershed. A watershed is a geographic area in which water, sediments and dissolved materials drain from higher elevations to a common low-lying outlet or basin a point on a larger stream, lake, underlying aquifer or estuary.
Wetlands play an integral role in the ecology of the watershed. The combination of shallow water, high levels of nutrients and primary productivity is ideal for the development of organisms that form the base of the food web and feed many species of fish, amphibians, shellfish and insects. Many species of birds and mammals rely on wetlands for food, water and shelter, especially during migration and breeding. Wetlands’ microbes, plants and wildlife are part of global cycles for water, nitrogen and sulfur. Scientists now know that atmospheric maintenance may be an additional wetlands function. Wetlands store carbon within their plant communities and soil instead of releasing it to the atmosphere as carbon dioxide. Thus wetlands help to moderate global climate conditions.

Far from being useless, disease-ridden places, wetlands provide values that no other ecosystem can. These include natural water quality improvement, flood protection, shoreline erosion control, opportunities for recreation and aesthetic appreciation and natural products for our use at no cost. Protecting wetlands can protect our safety and welfare.

www.doc.govt.nz
Wetlands improve water quality. As water moves into a wetland, the flow rate decreases, allowing particles to settle out. The many plant surfaces act as filters, absorbing solids and adding oxygen to the water. Growing plants remove nutrients and play a cleansing role that protects the downstream environments.

Wetlands can also reduce the impacts of flooding, as they can absorb heavy rain and release water gradually. Downstream water flows and ground water levels are also maintained during periods of low rainfall. Wetlands help stabilise shorelines and riverbanks.

Many wetland plants have specific environmental needs and are extremely vulnerable to change. Some of our endangered plant species depend totally on wetlands. Wetlands support great concentrations of bird life - far more species than a similar forest area. The survival of threatened species such as the Australasian bittern, brown teal, fernbird, marsh crake and white heron relies on remnant wetlands.
Native fish need wetlands too. Eight of New Zealand’s 27 species including inanga, short-finned eels, kokopu and bullies are found in wetlands, while the whitebait fishery depends on the spawning habitat offered by freshwater wetlands. The decline in native fish populations is directly related to massive reductions in freshwater habitat.
www.doc.govt.nz
Published in Issue 170
Tagged under
Read more...
We use cookies to ensure that we give you the best experience on our website.
I accept