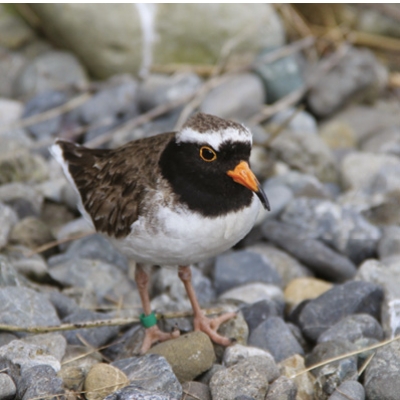 The mission to save more than one endangered bird species has been enriched by last year’s successful breeding programmes at Pukaha Mount Bruce.

The shore plover is in a perilous position with fewer than 200 left in the wild and a history of conservation efforts being hampered by rat infestations. Shore plover were first spotted by observers on Captain Cook’s second voyage to New Zealand.

The shore plover is the most endangered bird reared and cared for at the Pukaha centre. It is very susceptible to mammalian predators; even one rat can cause enormous damage.

Past Department of Conservation attempts to establish shore plover on Mana and Portland Islands were undone by what was thought to be a single rat in both cases.

The breeding and hatching of over 10 chicks at Pukaha had been a real triumph for the staff and wider conservation efforts.

In another success for the breeding programme, over 10 pateke (brown teal) were bred and hatched at the centre in the last breeding season.

The endangered ducks have a wild population of between 2000 and 2500 making them New Zealand’s most rare mainland waterfowl.

As well as great results in the Shore Plover and Pateke recovery programmes, the whio (Blue duck) also produced more than one clutch of ducklings.

Pukaha new free flight aviary that opened in May 2016 enabled the breeding pair of whio that call it home to lay eggs which were then artificially incubated and hand-reared. Those ducks were sent to Turangi where they spent time in a purpose-built environment to prepare them for release to the wild.

The second clutch of eggs is allowed to stay with the parents and be raised naturally. The theory is that by letting the parents raise them, the ducklings will be better parents when it is their time to breed.

View the embedded image gallery online at:
https://www.ducks.org.nz/flight-magazine/item/25-shore-plover-breeding-success-at-pukaha-mount-bruce#sigProId6e7961b9cb
More in this category: « Tracker dog helps find and protect birds 2017 AGM/Conference »
back to top
We use cookies to ensure that we give you the best experience on our website.
I accept